I took on the roles of both Product Manager and Senior Developer and led a team of 5 developers as we completely rebuilt the user interface of GeoDocs in only a couple short months.

GeoDocs is based on ASP.NET with the previous version, GeoDocs 7, using winforms as its base rendering technology. We completely changed out the rendering technology by upgrading to ASP.NET MVC. This allowed for faster page rendering, simplified template building, and a higher level of control & customization for template developers.

Upgrading to ASP.NET MVC also meant that we had to totally revamp our site building tools. We used a combination of jQuery, jQuery UI, and custom scripts to create an intuitive and beautiful interactive experience.

In addition to the standard features of a web CMS, GeoDocs also has numerous enterprise level features like: workflow, granular security, check-in/check-out, and versioning.

Overall, I am very pleased with what we were able to accomplish given a very short development cycle. 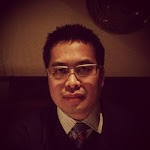